Did you know that a dryer vent cleaning can prevent a fire?

There’s a hidden danger in most homes today. Chances are you don’t look at it or even think about it. It’s the vent from your clothes dryer. Over time, it fills with lint that slips past your dryer’s filter. Overheating results as the lint builds up, and then you’re just a step away from a fire. Sound unlikely? Here are some alarming facts from a report issued by the Consumer Product Safety Commission:

Over 15,000 clothes dryer fires occur each year. These dryer fires result in approximately 20 deaths, 370 injuries and over $75 million in property damage annually.
The high-limit thermostat may prematurely fail when subjected to high ambient temperatures.
After a significant build up of debris in the dryer vent hose, the dryer overheats and the lint catches fire. Combustibles in the immediate vicinity then help fuel the fire.

Your dryer vent system is made up of a series of four foot sections of solid duct, connected by the use of seams. Lint catches onto these seams and accumulates. Over the years Induct has utilized a number of methods to deal with this problem. We have decided that using High Pressure Air is the most effective method to insure that we remove the lint from the seams. The brush system, which is most commonly used by our competitors tends to compact the lint into those seams.

In most cases, we clean the vent system from the outside, not from the inside. High Pressure air pulls the lint out of the vents and out of the seams better than any other method. 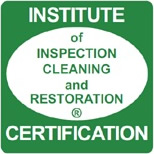 Thanks for contacting us.

We will contact you soon. Looking forward to serve you !!